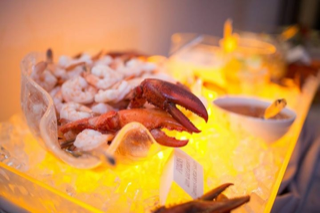 Why should we make the conscious choice to only choose seasonal foods? According to scientists, researchers, and natural health experts, it is important to eat with the cycles of nature and only consume food that was grown at the time you are eating it. Eating seasonally is not only better for your health, it also promotes balance with both the earth’s resources and its life forms. The changing of the seasons is a source of natural diversity that should be embraced rather than combated.

Because of modern agriculture and food processing techniques, most foods are available year round. We forget that food availability changes with the seasons. So even though technology makes it possible for us to eat tomatoes in the dead of winter, that doesn’t mean we should. Modern food practices that do not follow the USDA’s guidelines for organic farming cause damage to our environment and communities. Eating organic is just as important as eating seasonally and they often go hand in hand.

What does research say?

According to research studies, nutrient content changes in foods depending on which seasons they were produced in. For example, in a study conducted by the Ministry of Agriculture, Fisheries and Food in London, England researchers found that nutrient content was different in milk harvested in the summer versus winter. Because of the change in the cow’s diet to less fresh plants in the summer, these cows produced nutritionally different milks. Japanese researchers also found tremendous differences in the nutritional content of spinach harvested in summer versus winter.

In order to preserve foods that are out of season, these produce items are often covered in pesticides, waxes, and preservatives in order to maintain their fresh appearance. Who wants to put that in their bodies? Science has shown that pesticides and preservatives are detrimental for our health. Also, the longer produce sits on the shelves, the more nutrients and antioxidants they seem to lose. According to research from the University of California, Davis, spinach and green beans lose two-thirds of their vitamin C within a week of harvest. Pair long transport times and sitting on the grocery store shelves and who knows how nutrient dense your produce really is.

By choosing organic seasonal foods, you are guaranteed to have food that was 1) grown closer to you so it doesn’t spoil during transport 2) harvested at the peak of freshness to ensure dense nutrient content and 3) sold during its season, before it spoils or is forced to undergo unnatural preservative processes. Seasonal fruits and vegetables retain more nutrients than their counterparts making them the better choice for your health.

Other benefits of eating seasonally:

Eating foods that aren’t seasonal is a recent practice and although convenient, it has many downsides. Once upon a time, people only ate seasonally as this way of farming was their only way to survive. Choosing seasonal foods, even if we did not grow them ourselves, help us reconnect with nature’s natural rhythms.